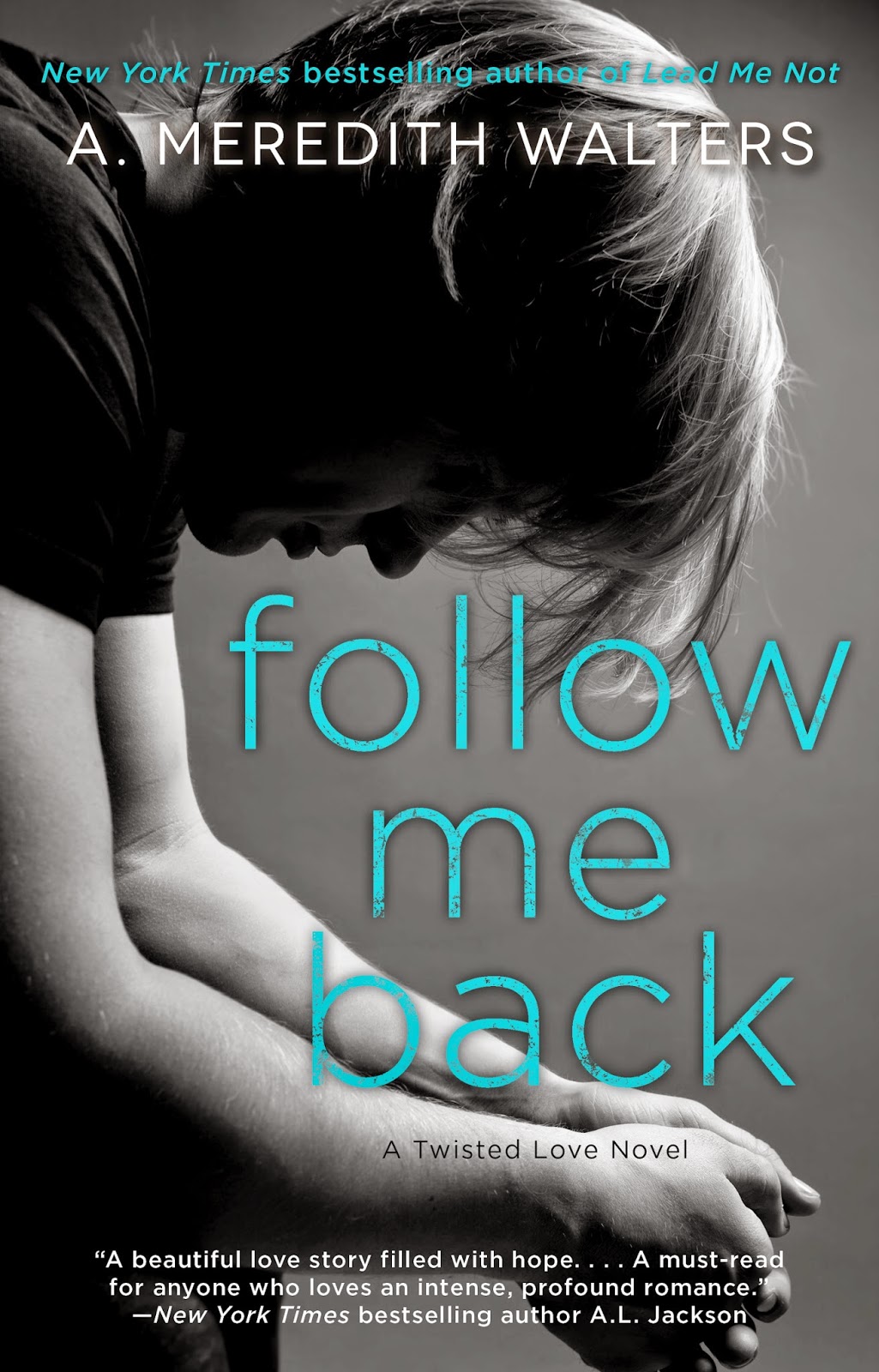 The sequel to Lead Me Not, this dangerously sexy second installment in the Twisted Love series continues Aubrey and Maxx’s love story, from New York Times bestselling author A. Meredith Walters—who “writes the most beautifully flawed characters that still have you swooning” (Sawyer Bennett, USA TODAY bestselling author of the Off series).

Aubrey Duncan has loved…and lost. Should she follow a heart that’s betrayed her or a head that tells her to let go?

Maxx Demelo’s addiction almost destroyed him. It ruined his life and, most importantly, his relationship with the only girl he ever loved.

He has vowed to become the man Aubrey Duncan deserves. Even if he has to tear himself apart to do it. So he enters rehab, trying to fix the parts of him that are shattered as he longs to be healthy and whole.

Aubrey lost everything because she chose to listen to her heart. Now she has sworn to put herself first, to heal in the only way that she can…far away from Maxx and his demons.

But just as Aubrey is starting over, Maxx is released from rehab and thrust back into her world, determined to prove how much they still need each other. And the chaos that had defined them threatens to unleash once again…

But a heart, no matter how broken, is impossible to ignore.

I drove through town until I parked down the street from a particular brick building I knew all too well, though I had only been inside once. I made sure to position my car behind a tree so I wasn’t immediately visible. It wasn’t that late, but I noticed that the lights in the apartment on the third floor was out.

Feeling brave, I grabbed the chalk and walked down the street and stopped in front of the steps that led inside. Dropping to my knees I dumped out the chalk and grabbed the color I needed and started making long, harsh strokes. It was hard to see, not the best environment to draw. But I didn’t need to see what I was doing. My hands didn’t need light to know what they were creating.

I didn’t know how long I was out there. It could have been hours or it could have been only minutes. People walked by, some stopped to watch me, others asking what I was doing. I ignored them.

When I was finished, I sat back on my haunches and squinted in the darkness at the final product. It was hard to see, but what I could make out, i was pleased with. My knees ached from kneeling on the hard concrete; my hands covered in chalk dust. It was caked under my nails. My jeans were streaked with it.

I gathered the chalk that i had left and put it back into the container. It wasn’t my normal medium, but I had to admit that it was easier to work with. I just hoped it didn’t rain before morning. I took on e final look up at the darkened apartment and wondered if she would understand what I was trying to say.

The picture wasn’t much. But in this crazy, fucked up world I found myself in, it was the only way I could get her to see me. And right now that was something.

In this dangerously sexy novel from the New York Times bestselling author of Find You in the Dark, a straight-laced college student meets a handsome but enigmatic stranger who lures her into an underground club scene, where she finds it difficult to resist temptation
Aubrey Duncan understands loss. She knows what rock bottom looks like, and she is determined to crawl back up to the top after the sudden death of her younger sister. She blames herself for her part in the tragedy, convinced that she could have done something, anything, to help her.
In her effort to gain redemption, Aubrey starts fresh at Longwood University and facilitates an addiction support group, hoping she can support someone else in the way she failed her sister. But what she doesn’t count on is an all-consuming fascination with group member Maxx Demelo, a gorgeous, blond, blue-eyed enigma who hides dark secrets behind a carefully constructed mask. He only reveals what he wants others to see. But Aubrey glimpses another Maxx hidden below the surface—a Maxx who is drowning in his own personal hell.
As Aubrey and Maxx develop an attraction too intense to ignore, he pulls her into the dark underbelly of the city club scene, where she is torn by her desire to save him and an inexplicable urge to join him in his downward spiral. Worst of all, she is beginning to love everything she should run away from—a man who threatens to ignite in her a fire that could burn her alive…
AMAZON    B&N        iTUNES