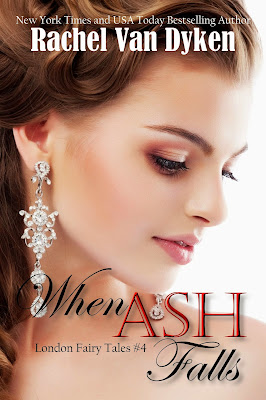 Ashton Wolfsbane, Earl of Gyles, has taken a vow of celibacy after blaming himself for his sister
in laws death. After a failed suicide attempt, he’s dedicated his life to bring
justice to the weak making it his personal vendetta to be the death dealer to
the wicked, also known as The Grimm Reaper. He denies himself lusts of the
flesh and is known throughout London because of his ability to kill
effortlessly and without emotion, that is until he meets Princess Sofia, a
woman hell bent on making him forget all his reasons for denying himself the
one thing he’s always craved—love.

After rescuing the fair damsel, he thinks his job finished, that is until he discovers he’s to be
the Princess’s escort throughout London until she’s safely married. It wouldn’t
be such a hardship, except the Princess has made him an offer he can’t refuse.
Show her passion, real passion.
Four weeks of giving into the desire he’s suppressed for so long–four weeks of bliss and
then they’ll go their separate ways. But things aren’t always what they seem,
and when rescuing a damsel, or making a deal with her, one must always be
prepared for the consequences.
Seven Royal Guard, a Beast, a kingdom in chaos, and a girl as pure as the driven snow…Will they
find their Happily Ever After?

Rachel Van Dyken is the New York Times, Wall Street
Journal, and USA Today Bestselling author of regency and contemporary romances.
When she’s not writing you can find her drinking coffee at Starbucks and
plotting her next book while watching The Bachelor.

She keeps her home in Idaho with her Husband and their snoring Boxer, Sir
Winston Churchill. She loves to hear from readers! You can follow her writing
journey at www.rachelvandykenauthor.com