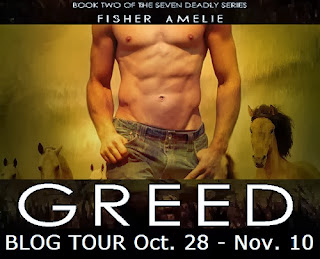 Fisher Amelie’s GREED is being released and we are so excited to share the blog tour for it with you. Don’t miss out on this exciting tour and all the stops. Check out what we have for you today and then enter to win in the blog tour giveaway!

Wine, Relaxation & My Kindle-Review Only

Always YA at Heart-Review Only 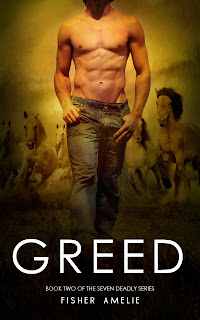 ABOUT
GREED (Book 2 in the Seven Deadly Series):
Gather ‘round, love, because I want you. I want what you have, I want what you don’t have, I want more of what I already have. I want. But if you so much as ask for something in return, go ahead and walk away. Know if you want to play in my world, it’s every man for themselves and the weak become mine. Leeches will be obliterated because I make it my job to destroy them. I protect what’s mine and I take what’s yours…because that’s what I do. I want.
My story will not endear me to you and, frankly, I could care less if it does because I’m in this for the money and nothing else. There’s nothing redeeming about me. I’m a corrupt, money hungry, immoral asshole from Los Angeles. I’m every man’s worst nightmare and every girl’s fantasy.
I’m Spencer Blackwell…And this is the story about how I went from the world’s most coveted guy to the guy no one wanted around and why I wouldn’t trade it for anything in the world.

About Fisher Amelie:
Fisher Amelie is the author of The Leaving Series, Callum & Harper and Thomas & January. She began her writing career as a copywriter for an internet marketing company wherein one of their client’s said, ‘Hey! You’re funny. You should write books’. Which in turn she said, ‘Hey, get out of here! This is the lady’s restroom.’ While washing her hands and the embarrassment from her face, she thought they may have had a valid point. So, she took the thousands of hours of writing stories growing up,
tucked them into her pocket and began writing and writing and writing. 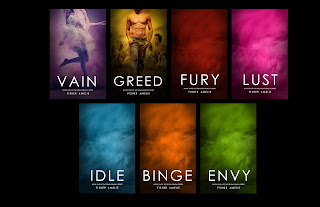